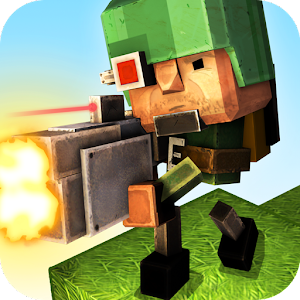 Welcome to the Blockverse: an alternate and blocky dimension, home to a diverse collection of alien civilizations. These creatures have been waging war for eons, and now you can take control of an army and join the fray!FEATURES• Block-building meets real-time-strategy in an action-packed and tactical game.• Play as one of five races, each with their own unique troops, heroes, and blocks.• Choose to control one of over a dozen heroes, each with different strengths, weaknesses, weapons, and abilities.• Customize your army from a huge selection of equipment for each race.• Build elaborate and powerful defenses by placing blocks, turrets, bombs, and more.• Fight your way through a massive campaign on five different planets.• Battle your friends and climb the leaderboards in 1v1 multiplayer, powered by Google Play Services.
(more…) 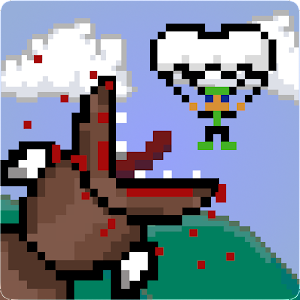 The cult-hit Super Mega Worm has arrived on Google Play Store!!! Mother Earth is on the brink of extinction and has released her last defense, the Great Death Worm, Wojira. Wojira is on a revenge mission to destroy all the Human parasites. Crawl and eat your way through waves of humans and their robots of destruction. Grow and evolve into the ultimate weapon of destruction. You are the last line of defense, can you save the world? Features – Super fun, fast and furious Gameplay – Awesome Retro Art Style – 24 Action Packed Levels – 2 Different Game Modes – 3 Destructive Super Abilities – 2 Different Control Schemes – 20 Delicious Items to Eat – Google Play Services (Leaderboards and Achievements)- Tablet Support – Moga Controller SupportFor a demo version, please try our Super Mega Worm Vs Santa 2:https://play.google.com/store/apps/details?id=com.deceasedpixel.smwxmas2__________________________________________ Reviews: “Download this app immediately, or forever live in fear of the almighty Wojira.”http://www.lifeofandroid.com/apps_review_detail/super-mega-worm/9/10- lifeofandroid.com”Super Mega Worm is an addictive arcade game, I had a hard time putting it down. This Android game is worth the buck as you’ll spend hours of fun.”http://gamewoof.com/quick-review/super-mega-worm-wreaks-havoc-from-the-ground-up/4/5- gamewoof.com”For those who haven’t played Super Mega Worm should give this game a try. It’s a game that has classic looks and sound. And it is very easy to get into, and really fun to play.”http://www.androidentity.com/super-mega-worm-review- androidentity.com
(more…) 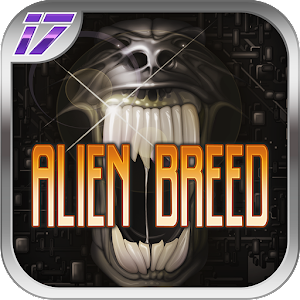 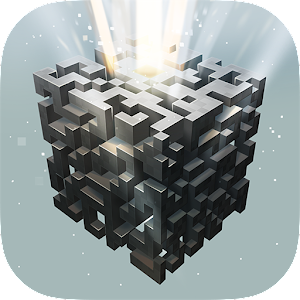 In Infinite Maze you will find yourself all alone in a strange maze. Your mission is to find a way out of there. It’s not an easy task for you, because every next level of labyrinth is harder and more complicated than the previous one! It’s going to have a lot of your time to complete the game. Explore this bizzare world and find an exit! Infinite Maze is a most unique labyrinth experience you have ever faced! Enter the labyrinth and try to complete more than 50 levels of a real challenge! But what is most important is that you are given an oppurtunity to use maze generation system and run through new mazes every time you want! Just imagine how many maze this system can create – this game is really infinite! You won’t be dissapointed! Become the best maze runner! Infinite Maze game features:Different labyrinth locations;Maze generation system;More than 50 levels;Maze runner time challenge;Enter the labyrinth, complete the challenge and escape from the Infinte Maze! Good luck!
(more…) 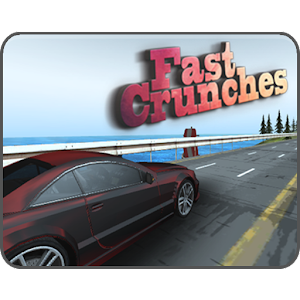 Fast Crunches is mobile racing game ( car game ) – it really must be experienced to be believed.Are you ready to race in Fast and Fearless?Buy new cars or upgrade your own car with the awards won by racing in different countries. And so that race faster with these upgrades. Realistic driving physics with realistic graphics in different countries of the world.Try the enjoy of driving and racing with realistic cars on realistic roads. You can drift when you’re racing or you can move yourself at the forefront with nitro.Experience the thrill of the race with easy to use car controls. Be fastest, collect awards.Race begins!.Game Features:– Cutting Edge 3D Graphics and impact-crash sound effects– Upgrade your own vehicles– Earn cash rewards to unlock new cars– Realistic 3D graphics– Realistic car physicsEnjoy with one of the best car games.
(more…) 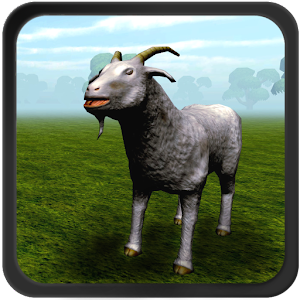 The Goat RampageThe most ridiculous animal simulator available for the Android. Use your Goat to smash as many objects as possible to gain the highest score. Make it crash everything around in the fastest possible way. * Stunning 3D graphics. * 2 huge maps to explore. * Interactive people,animals. * Drivable car available in level 2 – cause even more damage! * Smooth and easy controls. * Infinite mode available – Play on after the game is over. * Hidden secret features. * Optimized performance.Good luck and have fun!TIPS:*How to drive a car?- There’s a drivable car in the second stage right in front of you. A button will pop up on the right of the screen when your goat gets close enough to the vehicle. Have fun!*How to fly a helicopter?- Goat can fly every helicopter in the first level.
(more…) 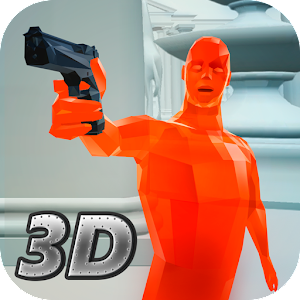 You’ve woken up in the strange place, filled with white light and aggressive red creatures made from the glass.You don’t remember your name or occupation, but you have the power of time control, and that’s enough to struggle your way outta here!Welcome to the new part of the world famous slow-mo action!Strange human-like creatures made from red glass trying to kill you for your invasion, and your only advantage is your time control ability! Stop time to avoid bullets, control it’s trajectories to get in target and have fun with Superhot Time Shooter 3D game!Try two different game modes – single mode and endless mode and do your best to get the highest results in both! Earn points and check new weapons! and feel very hot!Use all your skills, try different weapons, explore huge levels and complete deadly missions with Superhot Time Shooter 3D!Superhot Time Shooter 3D features:• New part of famous time control action game series• New weapons and locations• Absolutely new time control mechanics• Avoid bullets and blades of your enemies and shoot back!• Two different game modesUse all your shooting and fighting skills, to break free from this strange place and destroy all crystalline creatures! Download Red Superhot Shooter 3D right now!
(more…) 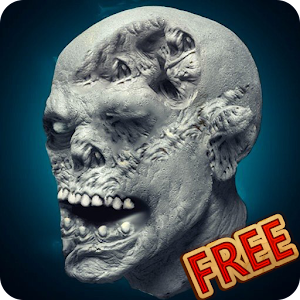 Your plane crashed. The land on which you are trapped keeps a lot of secrets. Before dark collect materials for construction and build the camp, make weapons, set traps and sit tremble before dawn. Do not try to leave the camp and night to explore the island alone. If you don’t get eaten by wild animals, then kill the other terrible inhabitants of the island and don’t complain that you weren’t warned. If you manage to survive the night, then maybe the next day you will continue exploring the island.Your task is to survive and unravel the mysteries of the island.► Do yourself axe, defend, chop down trees and collect stones for the construction of houses, camps.► Kill animals, cook the meat on the fire – it will prolong your life.► You can explore the island alone, and with friends in multiplayer and players from around the world.► Create your server in multiplayer or connect to an already established servers other players._____________________________________________Facebook: https://www.facebook.com/pages/Time-To-Survive/1568942253328784YouTube: http://www.youtube.com/KobraStudio
(more…) 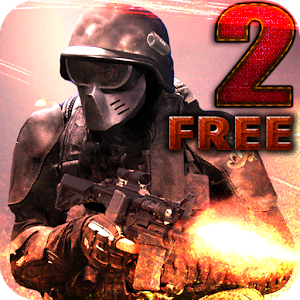 You are a soldier of the elite special forces units.The only aim in “Second Warfare 2” – to destroy the terrorists and stay alive.★ FEATURES✔ Single player campaign✔ Multiplayer✔ The game has leaderboards and achievements. Your result will see other players around the world.✔ Combat missions can be performed on different types of vehicles – using a car or helicopter.✔ Large selection of weapons (pistol, submachine gun, grenade launcher, knife, grenade).You need to perform several missions:1. Training at the base.2. The city guarded the Embassy of captured terrorists. Go across town and find a place of escape.3. Terrorists want to blow up the oil tanks in Alaska. Destroy the terrorists.4. Cleaning the territory from the rebels and destroy ballistic missiles.5. Destroy bases with chemical weapons.6. Mission impossible…★ ATTENTION!► Create your server in multiplayer or connect to an already established servers other players.► Select the map in multiplayer where play.✔ Game updates are released regularly.► Feel free to post your ideas, we will try to implement them as soon as possible ► Thank you very much for your support and interest in our games! We would love to hear your suggestions!_____________________________________________► Facebook: https://www.facebook.com/secondwarfare
(more…) 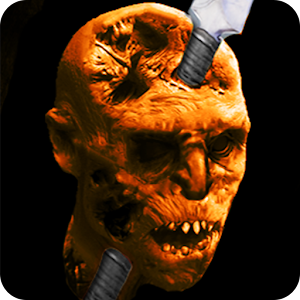 GETTING THE BIG ADVENTUREYou woke up next to the plane crashed. Who are you and where flying – you do not remember.The land, where you were, you would require a lot of strength and courage to live.This is – an open world. There are a lot of dead cities, abandoned factories, caves, mines, and anomalous radioactive zones, biologically dangerous places – where you have to find drugs, bandages, items and weapons.BOLD CHALLENGE TO THE NATURE AND EVILYou have to fight and kill the enemies that will attack you – bandits, monsters, zombies, wild animals.• You can play from the first and third person.• Dynamic day and night weather.• Chop trees and build houses, as well as various buildings.• Light the torch and light your way at night in a cave in the jungle and abandoned cities.• You can explore the island alone, as well as carry out various missions.• Kill animals. Kindle Fire.• You can use and move around by car.• The game is a lot of variety of clothing and equipment that is necessary to find and collect.PRIMITIVE AND MODERN WEAPONS• You can create and find a variety of weapons.• Bow, spear, ax, sword, pistol, machine gun, flamethrower, rocket launcher, grenades, sniper rifle, torch.• Using the weapons can kill bandits, mercenaries, soldiers, animals and all sorts of monsters and zombies.• Build a trap and defend against enemies.DEFY THE PVP GAME• Create your server in multiplayer.• Play online with players around the world.PLAYING – LEARN TO SURVIVE AND FIGHTLook forward to exciting adventures in an open world, in the abandoned cities, and in the caves, which are full of all mysticism and horror.• The game can shoot the head dead, zombies, as well as bandits.• Collect dead heads and skewer them on spears, mark their territory.• Find bandages, medicines. Treat yourself from injury, radiation.Look forward to the city jungle. In the game you can swim, kill, hunt, build, collect the clothes and things, weapons, ammunition._____________________________________________Like us on Facebook: https://www.facebook.com/RageIsland/See the video and game trailers http://www.youtube.com/KobraStudio
(more…)