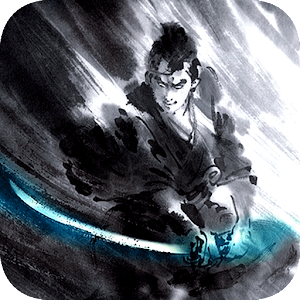 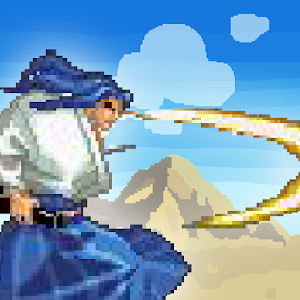 Check out our latest release: Samurai City Defense, an addictive arcade game we just developed. In Samurai City Defense the samurai must protect the city gates, and defeat the incoming waves of enemies! Can you do it? Can you save the city?Amazing challenges! Great gameplay! Great 2D graphics and nice sounds!Download it now and enjoy many hours of excitement! Very simple rules:- Tap to change the side of the screen!- Don’t let the enemies pass and break the wodden gates! – Use your Killer Wave to destroy the incoming waves of enemies.Collect coins and use them to continue the journey of your samurai hero and help him reach the highest score.External resources: -Spites for: – monster sprites 1 by mucouy42 Contact us if you have any questions, ideas for improvements or experience any bugs when playing Samurai City Defense at: [email protected] feedback will be used in future updates.
(more…) 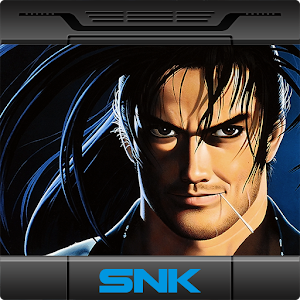 Due to the fantastic response from our devoted fans, we have extended the Sale Campaign for “SAMURAI SHODOWN II”! Spread the word and don’t miss out on this unique opportunity to play “SAMURAI SHODOWN II” with your friends!SAMURAI SHODOWN II, the sword-based fighting game masterpiece has finally cut its way to Android devices!Slash the powerful adversaries standing in your path, and put a stop to Mizuki Rashojin’s evil ambitions!Features:* The fan favourite installment in SNK’s highly acclaimed series!The 2nd episode of the SAMURAI SHODOWN Series, is still beloved by fans of the series all across the world.Preserving the charm of the first game, its sequel brings the characters, world, and game system to the next level.* An incredible cast of 15 charismatic master swordmen head to the battlefield in order to fulfill their destiny.Haohmaru, Nakoruru, Ukyo Tachibana, Hanzo Hattori, Jubei Yagyu, and the rest of the 11 original characters return.Genjuro Kibagami, Cham Cham, Neinhalt Sieger, and Nicotine Caffeine come into play to complete the cast as the newcomers!* A new and expanded move list! Disarm your rivals by unleashing a Weapon Smash Attack!Forward Somersault, Backward Flip, Crouch, and even more moves have been added. A Weapon Smash can be performed when your Rage Gauge reaches its MAX!Finesse, or brute force? Let your hidden techniques express your fighting style!* A perfect port of this NEOGEO classic, adding new features for an even better experience!In addition to the original 4 button arcade experience, a 6 button layout and SP button allow you to easily pull off strong slashes and special moves by simply using the Touch Screen!* Challenge your friends via Bluetooth!Dual with your friends in a match through Bluetooth Multiplayer Mode!©SNK PLAYMORE CORPORATION ALL RIGHTS RESERVED.
(more…) 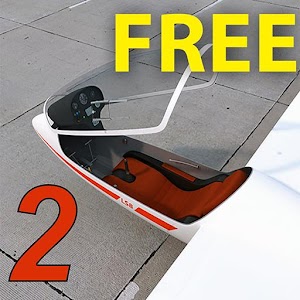 Have you ever dreamed of soaring the sky like a bird, circling on an invisible thermal and staying aloft just by your skills and the forces of natures?Or are you already a glider pilot who looking for more funs while you’re not flying?Welcome to XtremeSoaring3D, one of the best soaring/flight simulation available for mobile devices. It captures the beauty, the excitement and the technology of the soaring sport.Beside flying, the beauty of soaring sport is also the landscapes, the countrysides that we glide over. Therefore, we manage to integrate terrain data in this sim using high resolution satellite images and elevation. This resulted in a look real, beautiful landscapes with highly detail airport hangars and runways.FEATURES* Thermal lift and ridge-lift* Multiplayer over the internet.* ASK-21 trainer glider, DG-808S and LS-8 high performance glider with full function cockpit.* 360 degrees look around cockpit, and multi-touch zoom.* Realistic terrain with high resolution satellite images, detail airport: Utah (USA), La Motte du Caire (France), Innsbruck (Austria) and Varese (Italy).* Realistic flight characteristic, accurate performance, wing-flex.* Realistic flight instruments, Total Energy Compensated variometer.* Winch launch take-off.* Thermal-lift, ridge-lift simulation.* Online competition.
(more…) 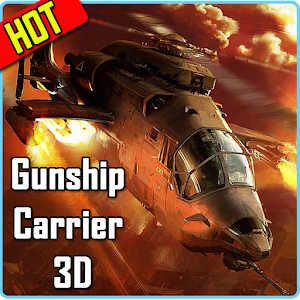 Would you like to treat own as a professional pilot by playing this helicopter game? Can you be the hero for the people who needs your help and support? Join this fabulous [GUNSHIP CARRIER HELICOPTER] 3D graphics game with flight control simulation and show your skills and technique to complete all the tasks sincerely. Guide your helicopter through the sky and complete your mission on each level to enter the next one. It’s an 8 level game where you need to carry first aid boxes and injured soldiers from one to another Ireland. You could find more adventure in the night time as there will be snow rain. This is a very addictive and simple game; it features easy operation and simply user interface. All you need to do just managing all the things smartly so that injured soldiers feel relax and they all reach the place in safely. Gunship Carrier Helicopter is a rescue game not FPS Shooting game like GUNSHIP BATTLE where you have to use skills while playing it on your phone or tablet device. If you like games helicopter and rescue aircraft, do not hesitate, in this game you will find hours of fun. First of all you need to collect the things and soldiers and start the engine and fix an altitude so that helicopter runs safely. There after you have to guide it as per your requirement; sometime straight or left or right half of the screen adjusting with your devices. Make sure you reached your destination without any trouble. It’s easy to control and 3D realistic aircraft will assure hours of fun for free. If you get complete all the missions you can consider yourself an expert rescuer. Good luck and all the best!
(more…) 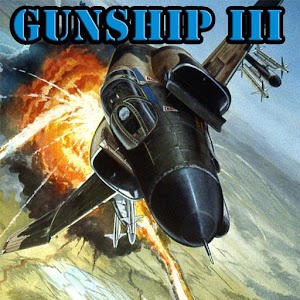 EXPERIENCE THE VIETNAM WAR AIR COMBAT Immerse yourself into the mist of the Vietnam war as an US helicopter or a fighter pilot. Not like other flight sim games for mobile devices, in Gunship-III the cockpit is highly simulated with ultra-realistic 3D cockpit, full function dashboard, realistic sound effects and all moving parts. Graphics are highly detail with cities, jungles, airbases, also includes a vast terrain covers Vietnam, Laos and Thailand. In Gunship-III, you have more aircrafts available to fly more than any other games. We’re working hard to bring even more in future updates. Weapon systems in Gunship-III are also highly detail and accurate with real recorded sounds, high fire rate for miniguns as well explosion effect for bombs and rockets. ARTIFICIAL INTELLIGENT (AI) Each mission features many AI aircrafts, you also have AI gunners onboard who will shoot at anything firing at them and make sure nothing could touch your aircraft. The enemy is also aggressive and fearless, they only shoot at you when in close range and be aware of those RPG, they sure take an aircraft down just by one hit. FEATURES: * AI aircraft performance advanced combat tasks. * 360 3D cockpit view with zoom. * Fully functioning cockpit avionics. * Pilot G visual effects. * Auto pilot for long flight. * Weapon system: minigun, rocket, smoke grenade… * Details graphics with cities, trees, ground troop on a vast terrain map * Two realistic and detailed Vietnam War campaigns: Rolling Thunder (1965) and Barrel Roll (1964). * Full version features 7 flyable helicopters: H-19 Chickasaw, H-34 Choctaw, CH-47 Chinook, UH-1D Huey, OH-6A Cayuse, UH-1B Huey Gunship, AH-1G Cobra. * Full version features 2 flyable airplanes: A-1 Skyraider, F-100D Super Sabre * Multiplayer with live chat, fly with people around the world. Feel free to join Gunship III USAF Virtual Airforce on Facebook.
(more…) 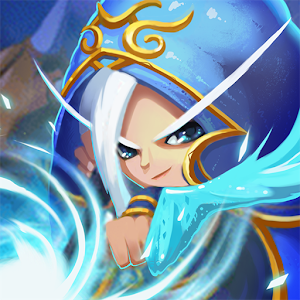 You will become the legendary champions and use them to fight the enemy. Use tactics and hero skills to fight and kill the creeps. The game is a great combination between moba rpg style and tower defense game. With League of Champions, the challenge is no longer boring instead you will feel very happy although you are victory or defeat by enemy creeps.Features of League of champions:- Many heroes with unique skills and a lot of enemy monsters and creeps. Beat them all. Win the ultimate challenge!- Amazing style graphic with legendary skills.- You can choose carry or support warriors for begin the battle. If you are a fan of the legendary td game, League of Champions will be come an excellent choice. The combines between tower defense and strategy game will bring you a breath of fresh air in this game. This is the game you just cannot miss – League of Champions!
(more…) 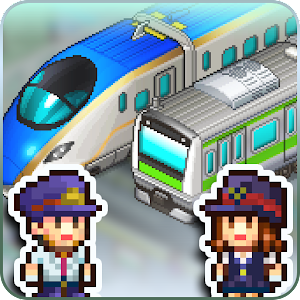 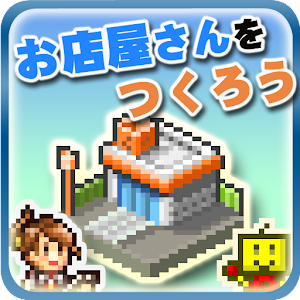 ステキな商店街を立ち上げよう!ゲームショップにハンバーガー店…どの店経営してみる？ ガッポリ稼いで資金が潤えば、いろんな業種の事業に参入できちゃうかも！ 街の発展を味方につけて、キミのお店がどっとこむ!!お客さんが集まるお店をつくって、ついでに街の発展も見守ろう。やりこみ経営シミュレーションゲームで日本一の商店街をつくろう!–※画面が黒くなってしまう場合は、端末の電源を切り再起動してみてください。※ゲームデータは端末内に保存されます。アプリ削除、再インストール時、機種変更のデータ移行は未対応です。他のゲームは「カイロソフト」で検索してね。 http://kaipa.jp遊んだことがあるかもしれないような無料ゲームや売り切りアプリが盛りだくさん！ I’ll start a nice shopping street!Try hamburger shop … How store management in game shop?If funds June earns Gappori, I might be able to enter the business of various industries!By attaching to ally the city of development, Kimi of shops Dottokomu !!and create a shop that audience gather, it will Mimamoro incidentally also the city of development.I Let’s Make a shopping street of Japan in crowded management simulation game!-If the screen becomes black is ※, please try to restart, turn off the terminal.※ game data is stored in the terminal. App Delete, during re-installation, data migration of change model is not supported.I search for “Kairosoft” to other games. http://kaipa.jpthere be free games and selling out apps like it may be played not miss!
(more…) 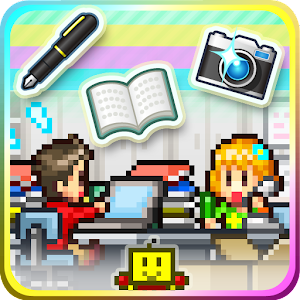 Take charge of your own magazine! It’s up to you to turn heads and help your community grow through the power of the press!It all starts with compelling coverage. Brainstorm story ideas and angles with your editorial team, then deploy staff to put those ideas into print. Hit the streets for info and you just might snag the hottest scoop of the year!Wider circulation means better publicity and tourism for your town, so win new readers over with fresh and interesting features! Keep it up and the mayor may headhunt you to assist with urban planning, relying on you for advice on public projects, events, and even what businesses to invite into town.A small local magazine can make a big difference! Do you have what it takes to become a magazine mogul?–Try searching for “Kairosoft” to see all of our games, or visit us at http://kaipa.jp. Be sure to check out the wildly popular Game Dev Story for your mobile device or PC as well as our collection of FREE games!
(more…)