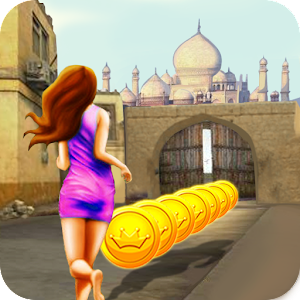 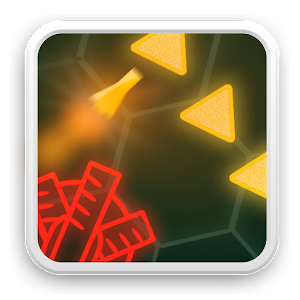 ★★ Featured on the front page of the Android Market! ★★** HexDefense was designed to show off the outrageously powerful graphics chipsets in newer Android phones. If you have an older Android phone, download the free version and make sure it runs on your phone before buying the full version! You can lower the graphics quality by pressing the menu button from the app’s home screen and unchecking “Intense Graphics” in the settings. **Navigate thirty-five challenging levels, building and upgrading towers to create mazes that leave enemy creeps marching to their death! With explosive OpenGL-based graphics and 3D stereo sound, HexDefense brings the arcade intensity of tower defense to Android like never before. Watch creeps explode and rockets fly across the hexagonal playing field as you defend your home tile against wave after wave of attackers. The game is fast and intense–easy to play, but very tough to master!FEATURES:- Classic ‘Open Field’ Tower Defense Gameplay- Stunning Graphics, Particle Effects and Animations- Fast, Arcade Action- 35 Unique Levels, Each with it’s Own Challenges- Seven Types of Creeps, Including Four Boss Creeps with Special Powers!- Five Types of Towers with Four Upgrade Levels Each (You get 5 on levels 20+)- High quality 3D Sound and Background Music- Auto-saves Game if You Press Home or Receive a Call- Easy to Play, Very Tough to Master!★★ Be sure to check out levels 20-35, which feature creep teleporters and the lightning tower! ★★
(more…) 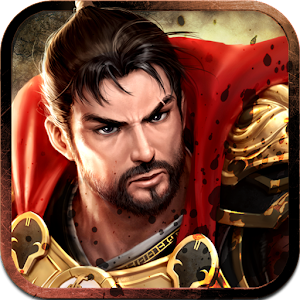 The traditional Chinese painting becomes an epic battlefield in Autumn Dynasty – a multi-touch real time strategy game for Android devices. Direct your armies with brushstrokes in the spirit of classical maneuver warfare; employ terrain, positioning and cunning stratagems to defend your lands and conquer your foes!For generations, the knowledge of firedust and the legend of the Thousand Sun Weapon has kept the Autumn Empire safe from foreign barbarians. But now the government is weak and her officials corrupt; masked subversives lead the peasants in righteous revolt, threatening to lay bare the secrets of Empire. As civil war threatens to tear the land asunder, will you take up the sword, and stand on mountains to mend the sky? FEATURES- Full Real-Time Strategy(RTS) experience: train units, construct buildings, research upgrades- Intuitive gesture controls: Paint orders directly onto the battle map- Beautiful, oriental style painted maps: Thousands of soldiers fighting onscreen- Unlock unique special abilities to turn the tide of battle- Grand story campaign, AI Skirmish mode and instant action Blitz Mode- 4 AI difficulties to challenge- No in app purchases*Autumn Dynasty is TEMPORARILY INCOMPATIBLE with Android 5.0. Should you encounter any issues running the game on your device, please let us know at supporttouchdimensions.com We will be offering a seven day, full refund policy for non-compatibility from date of purchase. We are working to update the game and appreciate your patience on this.
(more…) 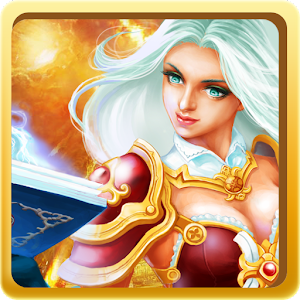 is a Android MMORPG which developed 2 years and invisted nearly 10million by Sichuan Greatwall Co.,Ltd and Beijing Kehui Co.,Ltd. The theme is about Greek mythology, the pictures are fresh, aesthetic, exquisite, full fill with strong Greek style. Different from the traditional PRG, this game is going with the growing of the role, applying PVE to bring the players into the world of the game.The brand new low expection of interaction helps players learn more about the game, get better understanding of the story, and take players starting an amazing trip of game.
(more…) 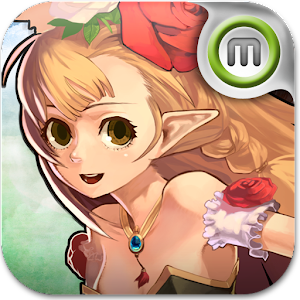 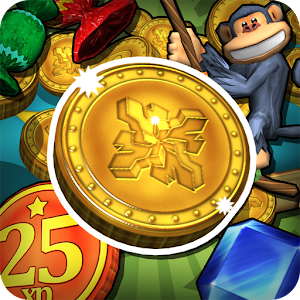 From our Best Free Game range, Jungle Coin Falls. You’ve played the rest, now try casual gaming at it’s best.Progress through the game to unlock or upgrade over thirty special features, special coins, special bonuses, precious jewels and collectable toys – this game has it all. Each time you level up, there’s always something new to see, so you’ll be coming back again and again for just one more go. Who knows what that next level up will unlock…Main Gameplay Features:- Actually impressive, state of the art 3D graphics- Actually amazing, state of the art realistic physics- Many special coins and prizes- Random Daily Bonuses- You even get candy! Collect them to start special features- 25 rare jewels – collect and cash them in for bonus coins- 38 achievements – can you complete them all?- 100 collectable toys, with more coming in future updates- A sommersaulting monkey. What else do you need after that?We supply free coins as you play, and you even earn some whilst away from the game. If you want to play even more than that, there are both free and cheap options to get tons more coins. (These are provided by advertising and/or in-app purchase. Neither are required to fully enjoy the game.)A personal note from the developer:”There are many coin dozer clones on the store, but I’ve tried to bring you something actually original, written from the ground up and developed with passion. I hope this comes across when you try the game out, and if you like what we’ve made, please tell your friends – we don’t have the marketing budget of these other mega corporations.” — Paul Johnson.What are you waiting for? Download and play today, for FREE!
(more…) 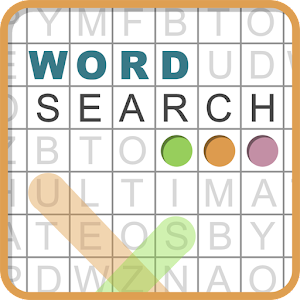 Word Search Ultimate features 240 word puzzles, organised into many categories from US presidents through to chemical elements, plus lots of original ideas you won’t have seen in other games. Who knew there were so many words starting with Q without a following U!Play word search now and expand your vocabulary whilst having fun. 4K Ready.FEATURES:Each new puzzle grid sizes itself to your display and selects a subset of words from a larger list, so when you play the same puzzle again it will offer a brand new challenge.A clean interface without any over-engineering. Just drag your finger over the words to mark them off, whilst trying to beat your personal best time and go for a world record.Pick your favourite puzzles by hand or start a new puzzle at random.Family friendly: Whilst you might find themes such as cocktails or French wines, there are no rude or “adult” themes/words. Also, there are NO in-app purchases.NEW FOR THIS UPDATE:10 new wordsearchPREVIOUS UPDATE:30 new puzzlesEnhanced HD graphics for big devices, graphics fixes for small ones.Included our worldwide scoring system – compete for times, or turn it off to zen out.
(more…) 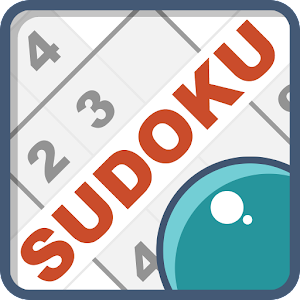 Sudoku apps are simple enough things, but we have a stand out feature for you that you won’t find anywhere else.After much research and development, we bring you the first free sudoku puzzle game that generates random puzzles which actually feel custom and hand made. What that means to you, is you get an infinite number of excellent puzzles to solve without ever running out. Try it and see for yourself, you won’t need any other sudoku apps after this.You will find various difficulty settings within the random puzzle generator, so you can test your abilities and train your brain to the max. Do you have what it takes to beat one of the evil levels?If that’s not enough, you can also send a challenge to a friend to see if he/she can beat your time for the same identical puzzle. Just complete a puzzle and send it to anyone in your friends list or address book – they don’t even have to have the app installed yet.With leaderboards, achievements and our unique multiplayer challenge, you can show your friends how well you are progressing and how you have become a force to be reckoned with in the Sudoku world.This is a family friendly game with no in-app purchases. The graphics are full HD and 4K ready, dynamically adjusting to your display size for a perfect fit.Download for free right now and put our bold claims to the test.
(more…) 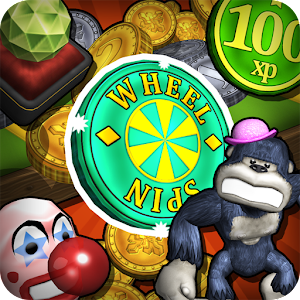 Drop free coins into the machine to push out all the toys and trigger the many different bonus play modes and features. Level up to unlock or upgrade all the special features, get more coins and game bonuses, precious gems and collectable toys – we believe this free game offers the most varied game play in the dozer genre.Machine Features:- “Duck Hunt” where you get to fire coins at the passing ducks- “Coconut Shy” what other game has a gorilla firing baseballs at coconuts?!- “Crazy Clown” fill the balloon with coins for a free bonus- “Test Your Strength” ring the bell for a jackpot win- “Wheel o’ Fortune” spin for massive wins and free spins- “Pinata” hit it to splash candy everywhere, then win those for big payouts- Much more besides.Each time you level up, there’s always something new to see, so you’ll be coming back again and again for just one more go. Who knows what that next level up will unlock…Fairground Coin Falls brings you the classic gameplay mechanics you’d find in a physical pusher/dozer machine, plus a ton of features you’ll only find in our video game. And the best bit? We give you the coins for free – no waiting in line for the change machine.This is the third and final game in our series so please also check out Jungle Coin Falls and Goldrush Coin Falls, both available right here on the play store.Main Gameplay Features:- State of the art 3D graphics- State of the art realistic physics modelling way more coins than our competitors- Leaderboards to compare progress with friends (requires google+ sign in once)- Many special coins and prizes and sub games- 20 rare gems – collect and cash them in for great bonuses- 34 achievements – can you unlock them all?- 100 collectable toys, with more coming in future updates- Daily Bonus. Each day, something extra to spice up your game play.- All for free!
(more…) 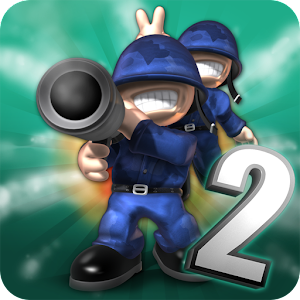 The crazy troops return in this latest installment of the brand loved by literally millions across the globe.You will need forward planning and good execution if you want to tackle the massive single-player campaign, deploying a variety of troops wisely whilst managing your resources carefully.❝Gaze upon its awesomeness❞ — IGNNext mission: Defend with armor and snipers, or maybe push ahead with tanks and artillery? You’ll need to make good choices each time, but remember – you need to be reactive as well as proactive as no plan survives contact with the enemy.❝a highly polished, tightly packed turn-based strategy game that’s a lot of fun to work through.❞ — Pocket GamerCore Features:▶ Massive 60 mission campaign providing hours and hours of challlenge.▶ High replayability with high scores per mission▶ Difficulty settings (defaults to easy) for even more replayability▶ Loads of unlockable and upgradable units▶ Portrait and Landscape view – snaps on demand▶ Full 3D terrain affects gameplay▶ Hilarious graphics and sound effects▶ No iap’s, no adverts, no distractions. Pay once and play uninterrupted forever.Great Little War Game 2 (GLWG2) is a turn-based combat strategy game, following on from the success of the original Great Little War Game. Apart from the brand new 60 mission campaign, other enhancements from the original include:▶ Clearer displays with easier to use controls▶ Portrait mode added (optional) for easier use on a phone▶ Faster mission starts and replayable objectives▶ Splash damage▶ Blowy uppy buildings▶ Lots of minor playability tweaksIf you’ve not played any of the Great Little War Games before, this is an ideal place to start. No prior knowledge is required and this is our most accessible version – just jump in and start blasting.(If you have played our other games before, you might want to crank up the difficulty level as we’ve made this game more accessible by default than previous outings.)
(more…)